Pennsylvania Governor Tom Wolf (D) announced on Monday that he would be granting expedited pardons to 69 individuals who were all charged with non-violent, low-level marijuana offenses.

“Governor Tom Wolf late last week signed 310 pardons, 69 of which were part of the Expedited Review Program for Non-Violent Marijuana-Related Offenses, a program introduced by the Board of Pardons and authorized by Lt. Governor John Fetterman in September 2019 to speed up the pardons’ application process for people with nonviolent marijuana possession or paraphernalia convictions”, states a press release from the governor’s office.

“These pardons will give these 310 people a chance to put the conviction behind them, offering them more opportunities as they build careers, buy homes, and move on with their lives free of this burden,” Gov. Wolf said. “In particular, the nonviolent marijuana convictions-associated pardons have been expedited to make what was a years-long process now a matter of months.”

Since 2015, Gov. Wolf has signed 1,559 pardons, more than any other governor in more than 20 years. Since the inception of the Expedited Review Program for Non-Violent Marijuana-Related Offenses in 2019, the governor has signed 95 related pardons. “I’m proud to be a partner with Governor Wolf in our historic reinvention of second chances for Pennsylvanians,” Lt. Gov. Fetterman said. “The PA Board of Pardons (BOP) has recently broken with administrative tradition by creating an expedited review process for certain pardon applicants convicted of low-level offenses,” Brandon Flood, Secretary of the Board of Pardons, said.

“This has initially manifested itself in the form of BOP’s Expedited Review Program for Non-Violent Marijuana-Related Offenses. However, given the success of this program, BOP will soon be expanding this program to include other low-level, non-violent/non-sexual offenses.

“In addition, BOP is actively working with the governor’s office to develop a more streamlined review process for both commutation applicants and certain types of pardon applicants whose applications are recommended by BOP to the governor.”“In particular, the nonviolent marijuana convictions-associated pardons have been expedited to make what was a years-long process now a matter of months,” 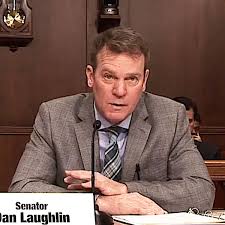 The move to make these pardons came just days after Senators Dan Laughlin (R) and Sharif Street (D) announced plans to soon introduce legislation that would fully legalize recreational marijuana in Pennsylvania for those who are 21 and older. Governor Wolf has said as recently as last month that marijuana legalization remains one of his top priorities.

Commenting on this news, NORML’s Deputy Director Paul Armentano stated: “Millions of citizens unduly carry the burden and stigmatization of a past conviction for behavior that most Americans no longer believe ought to be a crime, and that in a growing number of states is no longer classify as a crime by statute. Our sense of justice and our principles of fairness demand that officials move swiftly to right the past wrongs of cannabis prohibition and criminalization.”

Armentano notes that “In recent months, lawmakers and public officials in various states have taken aggressive steps to review and vacate the criminal records of tens of thousands of people with marijuana convictions. In California alone, over 100,000 citizens had their records expunged. In several other states – including Colorado, Nevada, Illinois, and Washington – public officials granted pardons to tens of thousands of citizens with cannabis convictions.”

Morocco to Legalize Marijuana by Next Week